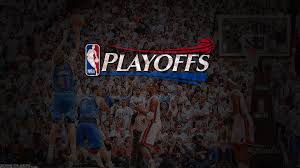 Last week the NBA playoffs started on Saturday. On Saturday, the Philadelphia 76ers beat the Miami Heat for game 1. The 76ers have been playing extremely well and are on a  17 game win streak. The Golden State Warriors faced off against the San Antonio Spurs. Both of these team have had many injuries throughout the season. Klay Thompson and Kevin Durant helped the Warriors get a dominant win over the Spurs 113-92. The Toronto Raptors and Washington Wizard came all the way to the final minute because the two teams were going back and forth. However the Raptors were able to pull away at the end and win 114-106. Another game that came to the final minutes was between the New Orleans Pelicans and the Portland Trail Blazers. The New Orleans Pelicans were considered the underdogs but Jrue Holiday was able to block the Trail Blazers final shot with 5 seconds left. The Milwaukee bucks and Boston Celtics was a very exciting and loud game. For the Celtics, Terry Rozier hit a 3-pointer with 0.03 seconds left, many thought the game was over after that. However, the Bucks came back and hit a deep 3-pointer of their own. Although the game went to overtime, the Celtics won the game. The Indiana Pacers handled the Cleveland Cavaliers to end Lebron James’ 21 game one wins. The Oklahoma City Thunder were also able to beat the Utah Jazz 116-108 with help from Paul George’s 36 points. The final game of the weekend was between the Houston Rockets and the Minnesota Timberwolves. The Rockets escaped this game with the win 104-101. The NBA playoffs have already been exciting and there is much more to come.