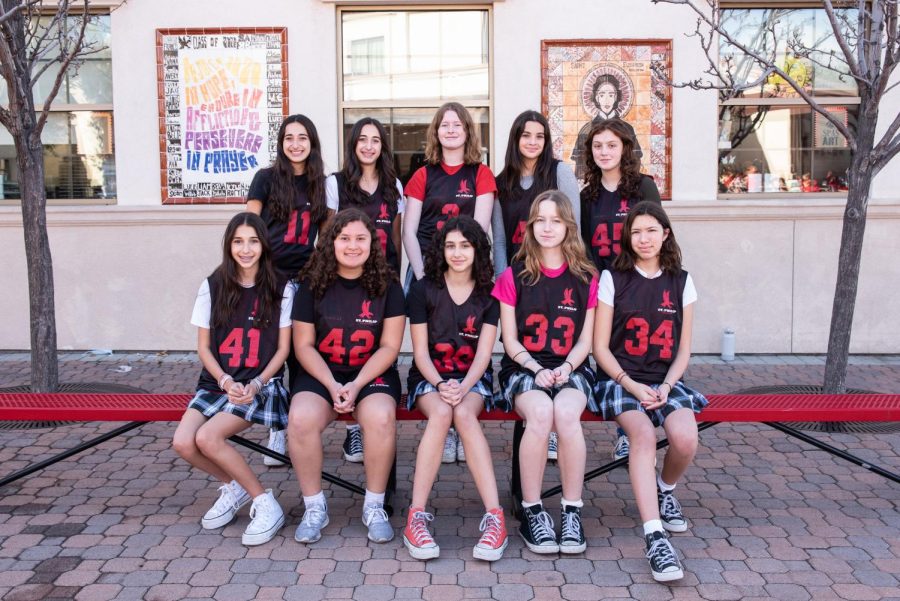 The 2022 Girls Varsity Basketball Team was coached by Kerry McCarthy and Sam Bruchey. In all the team consisted of Clare McCarthy, Grace McCarthy, Charlotte Kushnieruk, Lily Wagner, Sophia Rodriguez-Perez, Sofia Saltarelli, Mercy Bruchey, Valentina Bicos, Evangaline Bicos, and Mariella Bicos. In the regular season, the girls won all of their games except one close game against St.Rita. This led to a second-place finish in the division and making the playoffs to compete over the weekends. The Varsity Girls won two games, but ultimately lost the third, which was the semifinal. The games were postponed a couple of weeks, so the season lasted longer, which gave more time for the athletes to practice and improve their skills. Coach McCarthy noted, “The girls have improved tremendously and I couldn’t be more proud of how they performed for St.Philips!” He explained the best way to win is to have the double f’s (fierce and focused). Both coaches had the girls play against the boys’ team to better their skills and to gain a better game-like experience. At the end of every game, win or lose, it was tradition for the team to circle up and sing the song We Fly So High to wrap up every game. As a member of the team myself, I will never forget the feeling after winning a game and having a team that fully supported you every step of the way. Overall, the Varsity Girls Basketball team had a phenomenal season and had an amazing time sharing so many wonderful moments!